3. Yekaterinburg was founded in 1723 and was named after queen ekardina I. It is the central city of the Russian Federation, the capital of Sverdlovsk state, and also an important industrial, transportation, trade, scientific and cultural center of Ural and the Russian Federation. Yekaterinburg has always been an important transportation hub, industrial base and scientific and educational center in Russia, an important military industrial production base in Russia and also the location of the command of the Russian Central Military Region. 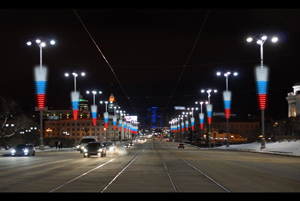